There is lots of good information about the Sagehen Forest Project on this blog. But it can be tricky to find a succinct explanation, so I've written a synopsis (below). Printable version here.

Be sure to see the Purpose and Needs statement for a more complete and detailed discussion of the project genesis.

The northern Sierra Nevada was largely denuded of timber during the Comstock silver strike in Virginia City, the construction of the transcontinental railroad, and the post WWII construction boom. The forest that re-grew was optimized for timber harvest, and now shows limited diversity of tree species, size and age class, as well as a massive accumulation of fuel due to a century of aggressive fire suppression.

This is not a healthy structure for a forest nor for the things that live in the forest: large fuel loads along with high susceptibility to drought, insect infestation and disease result in devastatingly hot and destructive wild fires and declining wildlife habitat quality. Unfortunately, much of the forested western US suffers from the same conditions. Due to a warming, drying climate since their establishment after the last ice age, forests cannot always recover or reestablish after these disruptive events.

At this point in time, the forests need active manipulation to return them to a more natural, resilient, fire-tolerant structure, but this is too expensive to do everywhere. A strategy for treating a smaller portion of the forest that yields similar benefits was proposed and adopted by the Forest Service in the early 2000’s. The strategy was called SPLATs, Strategically Placed Land Area Treatments. The idea involves thinning and removing fuel from roughly 30% of forested areas in a waffle-like pattern. This approach shifts the choice of treatment zones from smaller, more targeted and logistically or politically motivated areas, to a broader “landscape” management perspective.

But SPLATs had never been tested on a real forest, nor in areas with topographic relief. In partnership with the Forest Service, Berkeley professors Scott Stephens and John Battles decided to implement the strategy at Sagehen. They funded a Ph.D. student and a massive data collection effort. Creating what is one of the best data sets of its kind, the study sampled the entire basin for vegetation and fuels, including a grid of permanent 500-m2 plots where every tree is tagged and measured, canopy closure determined, and ground fuels classified. LiDAR laser mapping created high-resolution topographic maps at 1-m resolution, for both vegetated and bare-earth surfaces. A rare eastern Sierra fire history dating back to the 1600’s was drawn from live trees and Comstock-era stumps.

Existing remote sensing and fire models were enhanced with this data and new predictive tools created. In this process, it became obvious that while these treatments would definitely disrupt fire behavior, their implementation would potentially impact wildlife, water quality and other forest products. To fill in the missing pieces, the Forest Service’s Pacific Southwest Research Station (PSW) put together an interdisciplinary team to come up with a guiding document: a science synthesis on the broader natural ecology of Sierra east-slope pine forests. The result, General Technical Report (GTR) 220, provided a big picture view of the issue and how to structure forests that are not just fire-resistant, but also topographically diverse, wildlife friendly and responsive to today’s--and tomorrow’s--altered climate conditions.

With this tool in hand, Sagehen worked with the Forest Service to create a collaborative process to decide what to do in the basin forest, where, and how to do it. We invited everyone who might be interested: loggers, environmentalists, agency staff, academics, NGOs, interested citizens. And they came. We hired a facilitator. We created a public outreach blog and posted every document the group created. We treated two demo plots so everyone could see the ideas on the ground rather than just in the abstract. The group spent the last year and a half hammering out a solution that everyone could live with.

And, amazingly, everyone was able to agree. The project was approved without litigation at any stage. Official letters of support came from both the loggers and the environmentalists.

Additionally, the National Forest Foundation has jumped on board, adopting the Truckee River watershed for their “Treasured Landscapes” initiative, and promoting the Sagehen Forest Project as the best way to address forest restoration efforts in the area.

This project potentially offers other forests a way around the logjam of litigation and contentiousness that has shut down many timber management projects proposed on public lands in the western US in recent years. As such, the Lake Tahoe Basin Management Unit has adopted the strategy and worked hard to shift their employees toward this new paradigm. Their public collaboration began in fall 2016 and includes Sagehen. A large forest management project at the Truckee-Airport Board’s Waddle Ranch is also modeled after the Sagehen Forest Project.

The Sagehen Forest Project is creating momentum to revisit past basin research and answer larger questions than this science originally addressed. In addition to resampling the vast forest structure inventory, and in anticipation of the coming changes to the landscape, hydrology and soils data collection expanded this year. And researchers actively re-sampled historic small mammal trapping transects, fish and bird surveys, and pine marten monitoring dating back to the 1960’s. Protected Activity Centers (PACs) set aside for species of concern like Northern Goshawks and California Spotted Owls are being watched carefully to see if the animals really do prefer the current conditions, or if they will move when different local habitat becomes available.

Everyone is happy. We thought we were done. We began implementing the prescription at Sagehen. But it turns out that the timber industry in California is basically gone. There is very little mill capacity left and what there is, is now unavailable. As a culture, we made a huge misstep that seemed like a good idea at the time: we decided to give away the standing dead timber from catastrophic fire and beetle kill. This dead wood is now plugging up the available capacity: why buy green timber when you can get an unlimited supply of black timber for free? With no market for the wood coming out of the forest, there is no money to fund removing it.

Our culture has essentially decided to sacrifice the living in order to scavenge the dead. And it turns out that there is no valid reason to do this: ecosystem health values that standing dead, and once the needles fall off the beetle kill there is little fire danger left. In fact, removing just the logs from a forest (and leaving the brush, small trees, limbs, needles, bark, etc. as in traditional forestry) only reduces fire risk by 3 or 4%.

What we need now is a new timber industry, one that uses small diameter trees and slash to produce not just conventional timber, but new wood products like engineered timber, cross-laminated timber (CLT), oriented strand board (OSB), torrefied pellets, soil enhancements, bio-energy, and even hydrocarbon feedstock for plastics. A distributed forestry industry creates local jobs. Developing a viable small timber industry as a byproduct of forest health treatments has additional benefits, replacing steel, petroleum and concrete in multi-story structures that are more fire-resistant and seismic safe, while sinking massive amounts of carbon that will otherwise eventually burn up in the forest.

We are actively working with Congress and powerful artists to promote this plan to larger audiences. Here are some links to more info. 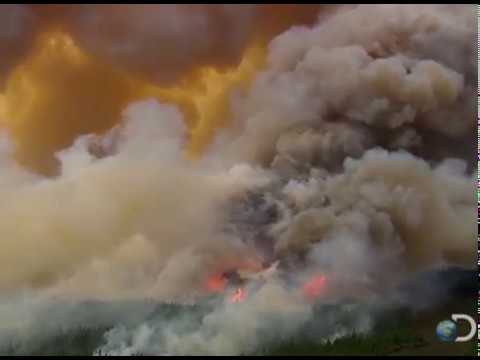 Read this, this and this, then watch this video to learn more about this blog & the Sagehen Forest Project.
The Purpose and Needs Statement explains the backstory to this project.
Using the hashtag #SagehenForestProject follows us, or contributes your thoughts to the conversation on social media.